There seems to be a void in superhero movies. Just a few years ago it seemed like there was a great new releases every few weeks. Most of it is probably due covid but also a few series have concluded. Then there was the sale of Fox to Disney which resulted in shifting plans.

The biggest most popular superhero movie wise has always been Batman. And now that Christopher Nolan hasn’t made a batman movie in almost a decade believe it or not the last one was 2012. It feels like it’s time for a new Batmman movie. Not the Joker or Batman as part of a superhero team. We need a real batman movie. The truth is that it was 18 years between Batman Begins and Batman and Robin films. Batman and Robin  sunk batman forever so it was smart to make the Nolan Batman films a trilogy.. The good news is that we won’t have to wait 18 years it’s already been 8 years but the next film is in the works. in 2015 Warners got Ben Afflict to agree to star and direct a Batman film but it didn’t happen. He was having substance abuse problems from what I think was problems in his marriage which ultimately ended in divorce and him leaving the project. How do you screw up a marriage to Jennifer Gardner. Especially Ben. You would think he could handle it. But hey none of us are perfect.

What I know is that they grabbed the guy from Twilight. Robert Pattinson will play a younger Batman. Which could be good. My personal vote would be to turn the Dark Knight comic book series by Frank Miller into a trilogy. But they have already pulled or stolen ideas from that series for past films. I had a discussion with my Scottsdale Video Production friend about this. If they wanted to make a great film they would get Frank Miller involved at least as a consultant. I hear he might be a little tough to work with but Warner’s owns DC they could even adapt the comic book story line into a feature film. Why reinvent the wheel when you have what many consider the best comic book in history under your control. Matt Reeves is set to direct who we know from Darn of Planet of the Apes. Which was surprisingly not a bad film.

The movie I’m most excited about is Black Widow. After all who doesn’t love Scarlett Johansson and a lot of times those less popular superhero’s make for the best movies. Look at

deadpool. How many of us that don’t read comic books knew anything about Deadpool? I could be biased because I love dark humor and hard R stuff. He is the anti-hero superhero, which is in my wheelhouse.

Is it even fair to categorize this movie as a super hero? Sure he’s more of a super villain but this movie is on an entirely different level. Forget about all the really well done Marvel films, or even Batman Begins one of the best and most critically acclaimed of the super hero films. This movie is in a league of it’s own. Batman Begins might have been the film that put comic book characters on the fast track. Certainly it got Marvel Studios to run things the right way. Competition will do that do a competitive publicly traded company.

Let’s be honest in the world of super heros Batman is the best of the best. The character and backstory lends itself to cinema. A lot of comic book fans would tell you that it’s their favorite. So now lets talk about the joker. Maybe a professional script doctor could direct this script better than I can and explain what elements about it make it work so well. The story is so well executed. It’s really not an action film. Certainly this dark take isn’t for kids. It’s the origin story of one of the DC Universes most disturbed villains. Bad people don’t just start that way. They don’t get that way by accident. There is a reason. Not everyone is dealt a fair deck of cards in life but it’s how they deal with those bumps in the road that separate good and evil.

As a huge Robert De Niro fan I got a kick out of seeing him. Typical De Niro taking a small supporting role and stealing the show. Actually in this case he can’t steal the show from Joaquin Phoenix. If you thought Joaquin was a great actor before this film took him to an entirely new level. Here is the good news. Joaquin Phoenix was offered $50 million for the joker sequel. Talk about getting what you deserve. Originally he was quoted as saying that the Joker was a stand alone movie but money has away of changing ones tune. Of course it’s a great negotiating tactic that obviously worked. When you win an Oscar for a film that generates $1 Billion worldwide you kind of deserve a massive payday. Talk about a big raise from $4.5 million which isn’t terrible.

Acting – 5
Story – 4
Entertainment – 5
Enjoyment – 4
Screenplay – 4
Cinematography – 5
Characters – 5
Plot Holes – 4
Production Value – 5
Overall – 5
Overall Score – 92
The movie is currently running on HBO. HBO max and as one of Warner brothers biggest hits in years they will probably be running this film on replay for a long time to come. If for some reason you haven’t seen it yet. Everyone will tell you that it’s a great film. Just a little dark. And no not dark like Batman. This is a movie about a seriously disturbed pychopath.
… 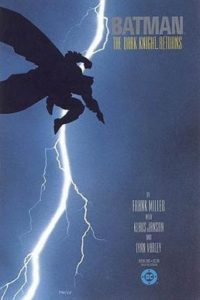